One acre and 27 perches. I know very little about Hollybush Cottage. There is a lease dated 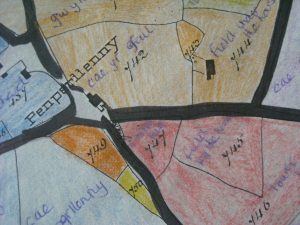 A memo dated 1910 says the owner is the Earl of Abergavenny, the property is holding 3 acres, the gross value is £5 10s and the rateable value is £4 15s

William Weeks is at Hollybush on the 1911 census, he is aged 68, a loco engine driver. Living with him is Elizabeth Ann Weeks aged 39 his daughter.

In 1920 the Earl of Abergavenny sold many of his properties, Hollybush being one of them. William Weeks the present occupier purchased it for £180. At the time of sale the rent was £6, tithe 10d and land tax 3s.