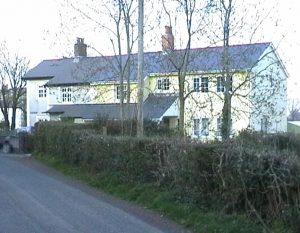 On the 6th February 1860 William Jenkins of Bridge Farm sold to Richard Williams of Llanvihangel, Pontymoile “a piece of orchard land or pound, situate or lying in the parish of Goytre and adjoining 40 perches (more or less) together with two messuages or dwelling houses in course of construction theron, adjoining other part of the orchard belonging to one William Jenkins.”

Richard Williams took a £100 mortgage from Mary Watkins on the 2nd April 1860.

In 1867 Richard Williams sold to Thomas Watkins “the property leading from the canal to Pantygoitre and the cottage and garden of Thomas Lewis on all or most parts and sides, appurtenances  granted and conveyed unto the use of Thomas and Margaret Watkins.”

On the 1870-74 electoral register Owen Davies was listed as tenant of house and land of number 2 Beech Cottages.

The 1881 census lists Thomas Jones aged 33, born in Marshfield as living there with his wife Amily (Emily?) 31, born in Trevethin, and their children Mary 7, Ada 6, Clara 2 and Cecilia 3 months, along with Emily’s brother and sister Mary, and Walter St Clare.

There was a new occupier by 1891, he was Evan William Edwards.

Again in 1901 a new family, George Dobbs aged 28 from Hereford, a plate layer, along with his family Sarah Ann, 27 born in Talywain. Their daughter Ivy May was baptised on the 13th December 1907 at St Peter’s Church. 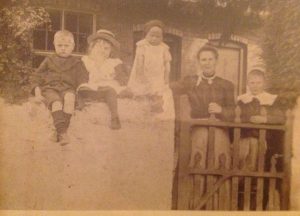 The owner in 1910 was John Williams of Blaenavon, gross value was £4, rateable value was £3.

On the 1911 census George Dobbs and his wife and family were still at Beech Cottage number 2, which had 3 rooms, where they continued to live  for many more years.