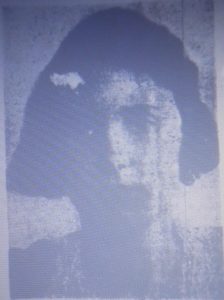 been absent from school sine March 28th 1927 – seven years. In this time she has made 2,850 attendances.
Her only unpleasant recollections of school are the doses of ammoniated tincture of quinine she was given by the head teacher in 1931 when she was sickening for “flu.”
Doreen received a watch from the Education Committee in 1932 for five years perfect attendance.

Certificates of Merit were presented to a number of Sunday school scholars who sat for the International Scriptural Examination. The certificates were distributed by the Pastor, the Rev. G Symons (Moderator of the Mon. Presbytery.) The successful scholars were:
Ivor Hopkins, Rees Newman, Leslie Badham, Joan Hopkins. Their teacher was Miss F Wilks, B.Sc., Certificates were also given to three scholars of the Primary Department, viz., Walford Davies, John Morgan and Leslie Hopkins, (teacher Mr J Wills, Brynhyfryd.)
Mr Morgan Jones, Llanover, acted as proctor.

At Pontypool County Court on Wednesday before his Honour Judge L C Thomas, several applications were made for possession of houses on the ground of arrears of rent.
A suspenders order was made in the case of Henry Williams, who occupied a house belonging to Edwin Edgar at Goytrey and who said he was in arrears of rent to the extent of £5. An offer to clear off the arrears at the rate of 1s a week was accepted.

A pretty wedding took place on Thursday last at Chapel Ed, Goytrey, when Mr Joseph Webb, of Cwmoody, Llanvihangel Pontymooile, married Miss Emily Beatrice Stinchcombe, twin daughter of Mr & Mrs William Stinchcombe, Rose Cottage, Chapel Ed, Goytrey.
The bride, who was given away by her father, wore an ankle length gown of blue georgette with a hat to tone, grey shoes and white gloves. She carried a bouquet of pink and white carnations and maiden-hair fern.
The bridesmaids were Miss Mabel Stinchcombe, twin sister of the bride and Miss Molly Webb, sister of the bridegroom. They were attired in floral blue ankle length dresses and hats to tone, grey shoes and white elbow gloves.

The funeral took place at Goytrey on Monday of Mr Robert Louis Walter Byrde, of Over Butterow, near Stroud, son of the late Mr Henry Byrde and grandson of the late Col. Henry Charles Byrde J.P., who lived for many years at Goytrey House and held many public positions in the county.
Mr R L W Byrde, until about some ten years ago, resided in Ceylon. He was a barrister by profession but had not practised since his return to England. He leaves a widow and family.
Mr R L W Byrde was buried in the family burial ground, Goytrey Churchyard, the Rector of Goytrey, the Rev. T J Richards, officiating.
Amongst those present were Mr O R A Byrde, (a cousin) and his son, with other members of the family, and Mr J D L Wagstaffe, solicitor, Abergavenny.

Cecil Prosser (19) farm labourer, Goytrey, was summoned for riding a bicycle after hours at Goytrey without front lights, and further, for not having a rear light or reflector with a white surface.

PC Taylor having given evidence, the Chairman administered a warning, remarking that it was a very dangerous practise and not fair to other road users. The defendant had not only endangered his own life but everybody else’s.
This being his first appearance, Prosser was let off on a payment of 10s costs.

Accused at Newport County Police Court on Saturday of having driven a car without due care and attention, Norman Jenkins, aged 26, garage proprietor, of Goytrey, near Pontypool, was fined £2 10s and ordered to pay 10s costs.
Mr Roy Harmston defended.
Richard Mathias said he was driving a car, in which were also Sir Richard and Lady Mathias, and passing another car on the main Newport-Cardiff road he put out his indicator as a signal that he was going to turn into Vaendre Lane, St Mellon’s.
As he turned there was a tremendous crash and the car came to rest more than 50 yards away from the point of impact. Jenkins car turned upside down.
Sir Richard Mathias corroborated and an articled clerk from Cardiff named Read, who was also driving a car at the point the accident occurred, said that Jenkins cut right out into the wrong side and was travelling at about forty miles per hour.

Skidded 91 feet.
The police said that Jenkins’s car skidded 91 feet. Jenkins made a statement that he was travelling at 33 miles per hour. He signalled that he was going to overtake the car in front of him, but to his surprise that car turned right and he could not avoid the crash. Mathias indicator was up, but he thought it had been left up by mistake.
In the witness box, Jenkins said he had been driving for twelve years, covering about 200,000 miles during that time. He had no driving convictions, his speed was 30-33 miles per hour.
He saw the indicator on Sir Richard’s car put out and understood it was pulling out to overtake a car on the left in front. “I fancy I sounded my horn and the next couple of seconds I noticed the car turn direct right,” said Jenkins. He added he did not know why the car had turned, because he had no knowledge of the existence of the turning. There was no signpost. He swerved into the bank, causing damage between £50 and £60, in an endeavour to avoid colliding with the other car.