No. 62 on the 1841 tithe was near Rhydlloyfan, it is now missing and is one of the properties that changed parish from Goytre to Llanover. 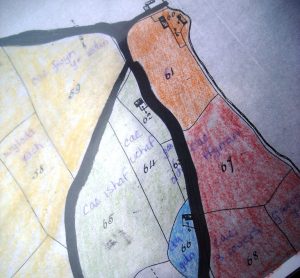 The 1798 land tax says Mary Jones is the tenant.

On the 1821 Earl of Abergavenny survey it is now tenanted by Vaughan Jones, but the 1841 tithe says Mary Jones holds the lease of 3 acres 3 rood and 3 perches.

By 1871 William Jones has died and Ann, a widow is now 68 and calls herself a farmer of 4 acres, her son William 27 also resides with her.

The census for 1881 says the house is unnocupied but by 1890 the electoral register says James Rowlands is the occupier and in 1891 he is 28, an agricultural labourer and was born in Llanthewy, married to Martha 28, who was born in Llanover.