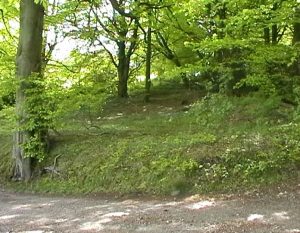 This property of 36 perches was owned by John Rosser and was situated at the top of Bwrgwm. A small triangular piece of land still exists where the cottage once stood.

In 1845 John Hart 18, a labourer married Ruth Lewis aged 18 at St Peter’s Church and made their home in this cottage. In 1850 John Hart voted against the police (the reason for the vote has not been explained.)

By 1851 John Hart was 27, a labourer born in Abergavenny, Ruth was 24 and born in Goytre. They remained at number 11 for many years and were next mentioned on the 1881 census when John was aged 63, born in Crickhowell, and was a basket and broom maker. Elizabeth died in 1888 aged 57 and was buried at St Peter’s on February 17th.

John Hart was last mentioned on the electoral register in 1889.