This  beautiful Farm House (now a listed building) is still a working farm. The first mention I can find is a letter to the Rector in 1755: 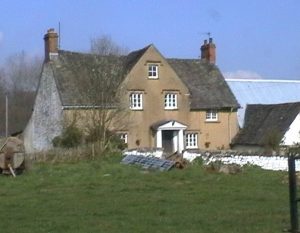 Sir, you are desired to publ’ih Banns of Matrimony between us Thomas Roger’s of the parish of Pan teg in the County of Monmouth who live near New Inn in the said parish and Mary Williams spinster of your said parish of Goettre, that now live and have resided there at my father’s house near the Church for above four weeks.

Immediately preceding the date hereof given under our hands this 15th day of November in ye year of our Lord 1755.

In the presence of Francis Williams

The mark of Richard Edward

This marriage was solemnized by us Thomas Rogers

The mark of Mary Williams15th November 1755

The Rev’d Mr Williams curate of the parish of Goettre

Another letter in 1762 again asking the curate to publish the marriage bans;

To the Rev’d Mr Williams Curate of Goettre

Sir, we William Powel, late churchwarden of your said parish and Ann James that live with my parents in the house next to the church where I have lived constantly for several years last past do desire you to publish Banns of Matrimony between us with all convenient speed.

Given under our hands this first day of May 1762.

William Powel and Ann James both of the parish of Goettre were married in the church of Goettre by banns this 26th day of May in the year of our Lord 1762 by me E Williams curate.

In the presence of the mark of John Andrew

The mark of Ann Edwards

In 1768 Joseph Watkins is overseer of the poor for the house by the church and in 1774 John Powell is constable for “ye house by ye church.”

An entry in St Iltyd Church Mamhilad on the 10th October 1775 says a marriage, by license was conducted between Richard Jeremiah of Church Farm Goytrey and Mary Philips of Mamhilad.

In 1790 Richard Jeremiah is mentioned as being the occupier of Church Farm and the owner is Capel Hanbury Leigh of Pontypool.

William Lloyd became the occupier in 1823. In 1830-31 he had a salary for being an overseer of the poor for the parish.

On the 1841 tithe Church Farm has 59 acres 1 rood and 15 perches, £6 9s is payable to the rector and the owner is still Capel Hanbury Leigh. On the census William Lloyd is aged 55, Mary his wife is 55 and their children Martha and William are 15 and 11 respectively.

Mary Lloyd had died between the 1841 and 1851 census but I am unable to find an entry of a burial at St Peter’s. The 1861 census says William is a widower aged 61 born in Glascoed, the rateable value of Church Farm being £24 5s. William Lloyd died in 1854 and was buried at St Peter’s.

Shortly afterward John Preece became the new occupier. His son William was baptised on the 30th April 1855. Also about this time he swaps farms with William Gwatkin of Abergwellan.

William Gwatkin is mentioned frequently in the parish records, he has a salary of £20 in 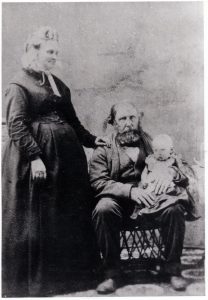 This wonderful photo of William and Eliza has kindly been passed to me by Clive Jenkins, grandson of Rosa.

1855 for collecting rates, that is, income tax, land tax and assessed rates for the parish. On the 3rd July 1856 he sat on the grand jury quarter sessions. His mother Elizabeth died in 1864 aged 79 and was buried at Kemys Commander.

On the 1871 census William Gwatkin is 50, a farmer of 60 acres, his wife Eliza is 51 and born in Mamhilad, their children, Ann, John, George, Richard Thomas and Edmund were all born in Goytre, also living with them is Eliza’s mother Joanne Williams 86, who was born in Monkswood.

William remained overseer of the poor for many years until he retired with a pension in 1881. The Gwatkin family on the 1881 census had moved to Glascoed. It appears that  Church Farm was not occupied in 1881, but by 1891 David Morgan 42, a haulier born Glascoed, with his wife Martha 41, born in Llanover, had moved into Church Farm. He is also on the electoral register in 1894.

By 1901 George Gwatkin, 45 born Goytre, and his wife Jane, 47 born Hereford, had moved into Church Farm with their children Fred, Herbert, Rosa, 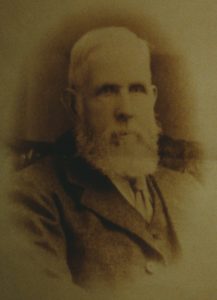 Caroline, Sophia, Amy and Gilbert, all the children being born in Goytre. They were still living there on the 1911 census and paying poor rate in 1914. 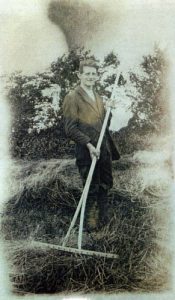 two of George and Jane’s children had a “leaving do” at Nantyderry schoolroom, they were moving to farm in west Wales.