Ty Hir was an Earl of Abergavenny property, the lease in 1726 was held by William Mathews, the same year he is mentioned as constable for Penpedderhewle.

William is mentioned in the parish overseers records twice, in 1750 as an overseer of the poor for his lease, and again in 1755. 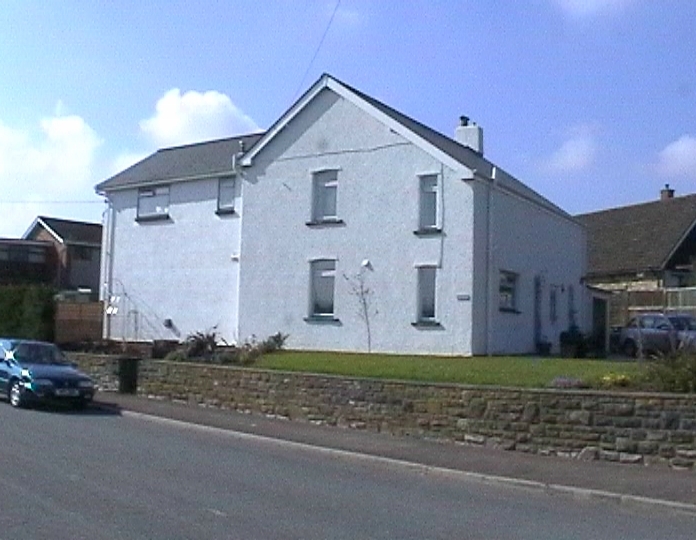 On August 5th 1759 at the house of William Mathews, a license application was made for Ty Hir to become an independent meeting house, attending this meeting was John Waters, Lewis Richard and Harry Thomas; this application, numbered 219 was endorsed and registered on November 20th 1760.

William Mathews died aged 63 in 1765, seized of a lease of 10 acres on Pellennigg common, Ann his wife aged 73 had also died, the remaining name on the lease was that of one year old Joseph Morgan.

In the meantime Richard Jones of Park-y-brain had married Sarah Mathews, daughter of William, she died at Ty Hir in 1790.

In 1802 Richard Jones is paying the poor rate for Capel Leigh’s Park-y-brain and Ty Hir and land tax for the late William Mathews, Lord’s land.

Richard Jones resided at Park-y-brain  but held the lease for Ty Hir, a death entry in St Peter’s register shows 56 year old Mary Williams of Ty Hir being buried on the 15th June 1814. Another entry a year later in the overseers records says Richard Jones, late Wm. Mathews. Richard Jones was also overseer of the highways for the years 1815-1817.

By the 1821 Lord Abergavenny’s survey, Henry Lewis has taken occupation of Ty Hir, although Richard Jones is very much involved with the property , still paying the land tax.

By 1831 Richard Proger has taken occupation of Mathews property and pays the Lord’s land tax.

John Watkins is paying the land tax for Ty Hir in 1832 and finally obtains the lease from the Earl of Abergavenny in 1837:

This same year John Watkins was the surveyor of the highways for his lease of Ty Hir.

The tithe for 1841 says the owner is the Earl of Abergavenny, John Watkins, Ty Hir dwelling, barn and gardens, containing 14a 1r 19p.

The census of 1841 does not give much information other than John Watkins is 55, his wife Ann is 35 and Ann Jenkins also 35.

John Watkins died in 1847, he didn’t leave a will but Ann his wife, swore an oath to receiving his goods and chattels.

Living at Ty Hir by the time of the census of 1851 is Lewis Lewis, a 75 year old farmer of 14 acres, born in Trevethin, along with his son-in-law, 42 year old William Williams from Panteg, and his daughter Elizabeth, 33, born in Glascoed.

By 1854 the name in occupation had changed to John Lewis, (his son?) but his name is mentioned over the next 16 years in connection with Ty Hir as surveyor of the highways, land tax collector and overseer of the poor.

The next mention, on the census of 1871 is that of James J Lewis as occupier, he is 28 and a farmer of 14a, born in Mamhilad, he is married to Sarah 27, who was born in Worcester.

This had changed once again by 1874, to William Morgan junior, tenant of the house and land, Ty Hir, (William’s father, also William, lived at the Wern.)

Two of William’s children are registered on the school log living at Ty Hir. Mary, born in 1875 and Clifford in 1874.

By the end of 1875 William and his family had left Ty Hir, the new tenant was Robert Feltham, the census of 1881 says he is 60 and was born in Somerset, a farmer of 16 acres, his wife Mary is 65 and was born in Pontypool.

By 1897 the new tenant is William Walker, his 11 month old son William Charles died and is buried at Chapel Ed the same year.

In 1900 two names appear on the electoral roll at Ty Hir, William Walker and Percy Graham, but only the Walker family are listed on the census the following year when William is a 34 year old farmer born in Llangattock, Mary his wife, 33 was born in Llangwm.

William Walker placed an advert in the Free Press July 1909 for the sale of a cow and calf.

William Walker moved to Penwern to farm. He was involved in an accident on the railway line in November 1914 in which he died.

Thomas Robert Messenger had become the new tenant at Ty Hir by 1915.

The Earl of Abergavenny’s power of attorney sold all his properties in the parish in 1921, lot 28, a small farm, known as Long House or Ty Hir, containing 14 acres 1 rood and 2 perches, in the tenancy of Thomas Messenger, was purchased by Thomas for £1,000.

The electoral register for 1924 shows Thomas Messenger as the owner and Arthur and Annie Davies as occupiers, by 1930 this had changed to Alice Davies.

The 1939 register says Charles, Clara and Godfrey Vaughan, along with Annie, Albert Alan and Laura Davies are in residence.