In 1754 Abraham Tucker of Monkswood took a lease from the Duke of Beaufort for Gworlod y Pound and half a piece of rough called Coed y pant y tukka. 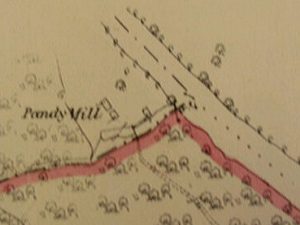 A child named John was baptised at St Peter’s in June 1760, he was the supposed child of Henry Edwards and Ann Bevan.

Henry was overseer of the poor for the parish for the years 1800-1805. He had a brother called Edward Edwards, he also had a son called Henry. 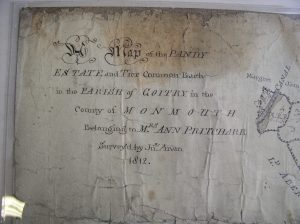 By 1812 the owner of the Pandy Estate was Mrs Ann Pritchard of Monkswood.

In 1817, Henry Edwards the younger intruded into the parish of Llanthewy Vach, he was returned to his legal settlement of Goytrey. 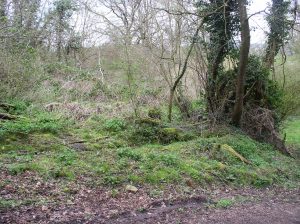 By the time of the 1841 tithe the building was no longer standing.