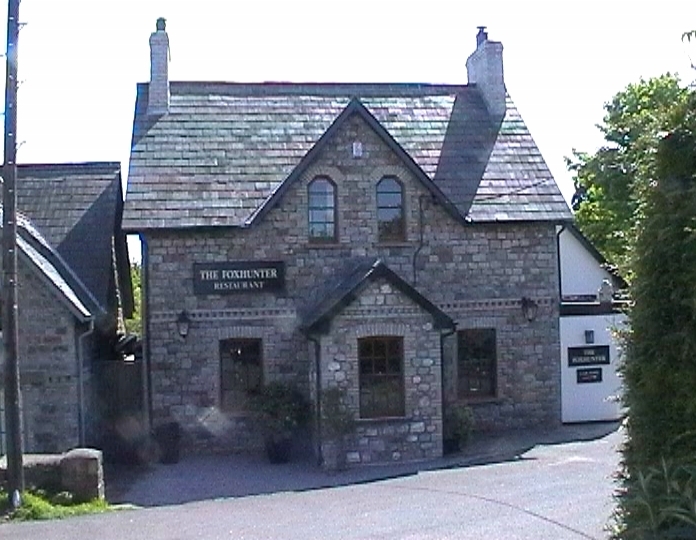 Built about 1867 by the Rev. Thomas Evans, now a listed building.

In 1871 the publican was 56-year-old widow Sarah Evans, Sarah was baptised at St Peter’s on the 5th June 1815, the daughter of Richard and Mary Jones of Park-y-brain.

Living with Sarah is her 23-year-old unmarried daughter Emily and 12-year-old son Alfred.

(On the census of 1881 the family had moved to Trevethin where Sarah is living on her own and classed as a pauper. Alfred, now 22 is living with his grandmother Margaret Reof, he is employed as a colliery clerk.)

Also residing at the refreshment rooms in 1871 is William Williams 67 and his 57 year old wife Ellin.

An incident is mentioned in the Usk Observer June 1878 when John Probert refused to quit the Refreshment Rooms when he was drunk, the matter was reported to the police at Pontypool where he ended up in court where he was fined 15s or 14 days hard labour.

In 1878 the license for the Railway Inn was transferred to Thomas Agg of Llanvair (it doesn’t say who from) Mr Gardener, solicitor, opposed the application but no reason was given.

No one is listed on the 1881 census, it does appear that although William Williams had a coal business operating from the railway sidings he was not the publican.

On the census of 1891, 51 year old James Ralph is the innkeeper, he was born in Abergavenny, living with him is wife Mary Ann, 46 who was born in LLanover.

By 1901 the new occupier was William James, he was a 40 year old farmer and innkeeper from Llanvabon, his wife Mary is 53, and born in Goytre.

In 1910 the owner is Charlotte Evans, daughter of the Rev. Thomas who lived at Nantyderry House, the gross value is £19, the rateable value is £15 5s.

The census of 1911 gives more information, the tenant is now David Hutchinson he is a coal seller, 50 years old and was born in Llanover, his wife is Margaret, they had been married 18 years but had no children, Margaret came from Panteg. Living with them is 22-year-old domestic servant Kate Pritchard from Llanvihangel.

In August 1918 Charlotte Evans decided to sell the Refreshment rooms. The sale was held at The Crown Hotel, Pontypool, the tenant David Hutchinson purchased the property for £1,175.

David Hutchinson died on Christmas Day 1928, he was buried in St Peter’s churchyard. (His obituary is mentioned on the 4th January 1929.)

Margaret remained at The Refreshment rooms until her death in 1940.