Dan-y-graig, like so many properties is no longer in Goytre, it is now in the parish of Llanover. It was also known as Yew Tree Farm. 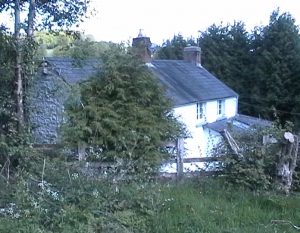 On May 24th 1660 Roger Morgan of Mamhilad and his son William purchased Tre-y-g-dee for £30, the property had a holding of 4 acres and 3 rood. Rosser (Roger) Morgan, yeoman and Oliver his son still hold thee house and land in 1666.

There is now a big gap where I can’t find any documents until 1727 when a child Isaac, son of Isaac was baptised in April at St Peter’s, this is followed by twins in 1732, one again called Isaac, although I can’t find a burial I assume the first Isaac died.

Release of the property was mentioned in 1732 to William James of Bristol, brother of Isaac, they were the sons of James James. In May 1744 Isaac James takes the lease.

In 1745 David Morgan was the constable for Dan-y-graig, at some point around this time the lease goes to James James who was overseer of the poor in 1766, the previous year he was surveyor of the highways for his farm.

James James died in 1787. In his will he mentions his wife Elizabeth, son Edward and daughter Elizabeth. (Edward married Rachel Jenkins in August 1792)

In 1790 William James of Wandsworth, yeoman, son and heir of James James Goytre by Elizabeth his wife sold Dan-y-graig to Solomon Jones of Llantilio Pertholey. The same year Solomon leased Dan-y-criag to John Mathews. The overseer of the poor in 1795 says John Mathews is living at the late James James’s land. In 1817 John Mathews married Mary Prosser at St Peter’s.

The 1841 tithe says the owner is Elizabeth Morgan holding 40 acres 1 rood and 32 perches, paying the rector £4 9s. The lease is held by Vaughan Jones, Danygraig was not occupied on the 1841 census, by the 1851 census Vaughan Jones is the occupier.

In 1864 Richard Pruett (the local stonemason, who built amongst other places Machine House at the wharf) purchased Dan-y-graig, taking a mortgage of £450 from David Morgan.

On the 1891 census Daniel Watkins and his family are the occupiers, he is a farmer, both he and his wife Elizabeth are 28 years old, they have a one month old daughter called Mabel.

There is an advert in the Free Press on the 19th February 1909 for the sale of a cart horse, apply to Dan-y-graig. 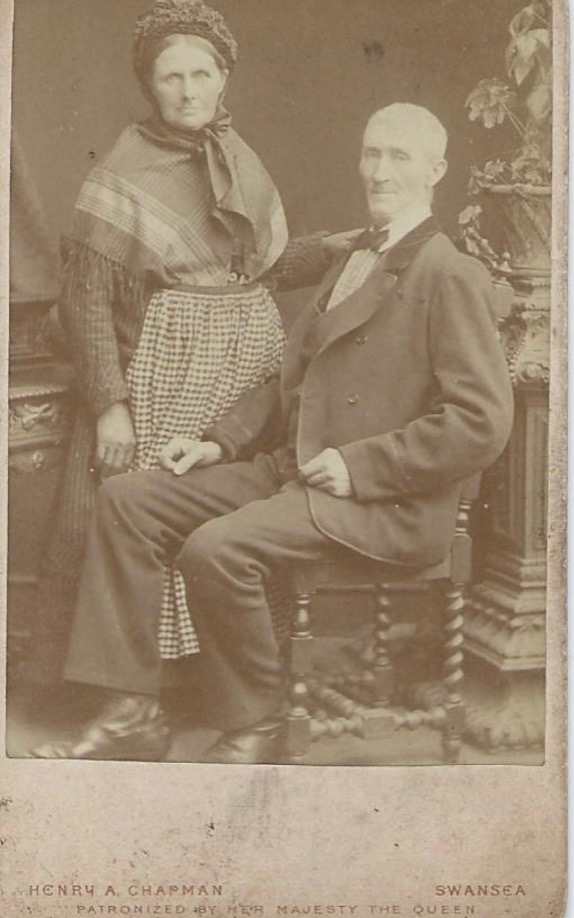 The census of 1911 gives more details about Josiah Lewis and his family, he is 70

years old and was born in Llanover, Mary his wife is 68, they have been married for 45 years, of their six children born five are still living, their 29 year old son George was working at home on the farm, also mentioned is 22 year old Edith and 14 year old Ivor.

Mary Lewis died in 1912 and was buried at Saron, her obituary says she is the 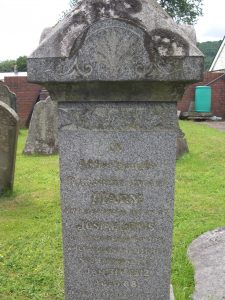 granddaughter of the founder of Saron. Josiah lived for another six years, he died aged 76 and was buried with Mary in March 1918.

The land tax of 1944 says Herbert is the owner and E S Spencer is the occupier.